FREE SHIPPING on orders $25+ within the US*

Superoxide dismutase is a potent free radical scavenger that exists in all living cells. It is nature's most active antioxidant enzyme to combat oxidative stress.

Oxidative stress can be seen when you slice an apple and leave it out for a few hours, It will begin to turn brown and eventually spoil because the cell membranes are exposed to oxygen. Something similar happens within the body too, which leads to signs of aging and other potential damage from those worn out cell membranes and broken DNA strands.

Many products currently available derive their superoxide dismutase from an animal source, porcine, which comes from pigs. Our S.O.D. Plus is isolated from the fruit of the Rosa roxburghii plant!

Independent testing has shown that our S.O.D. Plus contains the highest source of S.O.D. activity out of any natural source! 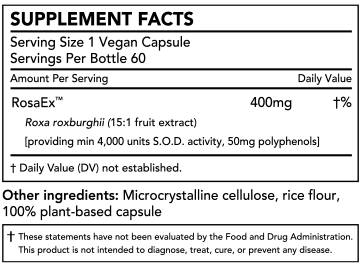